In 1993 the Erasmus Prize for theatre was awarded to Peter Stein. In his work the German director has always started from the possibilities and power of the theatre to contribute to discussions about contemporary human and social issues. Stein was therefore able to give the theatre a role it had lost since the war.

Peter Stein (1937) provided the theatre in the 1960s and 1970s with a new aesthetic. He rose to prominence in 1969 with his production of Goethe’s Torquato Tasso. His innovative approach, offering social criticism through drama, was rooted in careful historical research and a thorough analysis of texts. As a director he worked in a democratic manner: everybody in his Berlin theatre company, Schaubühne am Halleschen Ufer, had a vote. Stein expressed his vision of theatre not only in the way he directed, but also in his use and interpretation of theatrical space, enabling him to link the classical values of theatre with new aims and experiences.

Highlights of his work include the performances of classical works by Chekhov, Shakespeare and Goethe, and of ancient Greek tragedies such as Oresteia. From 1992 to 1997, Peter Stein was responsible for the theatre programme at the Salzburger Festspiele. Stein also directed operas, among them Moses und Aron (1996), Macbeth (2011) and Don Carlos (2013). 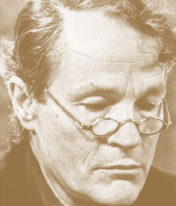