The theme for the Erasmus Prize in 1999 was ‘Collective Responsibility’. Mary Robinson was awarded the prize for the way in which she has embodied the concept in all her positions.

At the time, Ireland’s Mary Robinson (1944) was the United Nations High Commissioner for Human Rights. Before then she was Professor of European Law at Trinity College Dublin, senator, member of the International Commission of Jurists, and President of the Republic of Ireland. As a jurist she always insisted that attention be given to minority rights and that these rights be upheld, stressing that respect for human rights is part of the collective responsibility of all citizens. She has worked especially hard for women’s rights and women’s liberation. She has demonstrated how the high moral standards she has set for political behaviour can be put into practice with wisdom, courage and pragmatism.

When her term as High Commissioner ended in 2002, Mary Robinson became chair of the Ethical Globalization Initiative, an organization which promotes equitable trade and development, more humane migration policies, and more effective action to combat HIV/AIDS in Africa. The organization also works for better governance in developing countries and promotes women’s leadership. Since 2004 she also holds a professorship at Columbia University in Practice in International Affairs. In 2006 she was one of the signatories of the Yogyakarta Principles, and in 2010 she founded the Mary Robinson Foundation, an organization that advocated climate justice. 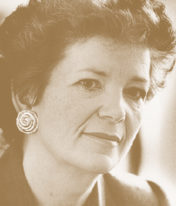