This year’s recipients of the Erasmus Prize were Simon Wiesenthal and the Archivo General de Indias. Wiesenthal was awarded the prize for his tireless efforts in defence of justice, human dignity, tolerance and freedom.

Simon Wiesenthal was born in Buczacz, Austria-Hungary (now Ukraine) in 1908. He studied engineering and by the late 1930s had his own architectural bureau in what was then Lwów, Poland. He spent the years from 1941 to 1945 in several concentration camps but, against all odds, managed to survive. After he was freed from Mauthausen, he decided to devote his life to seeking justice for the victims of the Holocaust and to tracking down war criminals. He first gathered information for the US army and later founded the Jewish Documentation Centre in Linz. After the Eichmann trial in Israel, he reopened the centre in Vienna. This was the home base from which he worked until his death in 2005.

Through his work, he convinced more and more people and states that crimes against humanity must be investigated and prosecuted. His life’s work, to combat the discrimination, racial hatred and persecution of minorities, gained more and more respect during his lifetime.

A film has been made of Wiesenthal’s memoirs: Murderers Among Us (1967). He also wrote The Sunflower on the subject of forgiveness, and a commemorative book entitled Every Day Remembrance Day (1987). 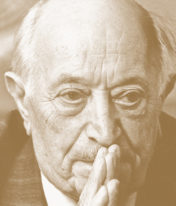