The German artist Sigmar Polke received the Erasmus Prize for his vivid and creative contribution to European art.

Sigmar Polke (1941-2010) studied at the art academy in Düsseldorf from 1961 to 1967. This was a period of social, cultural and artistic change, and Polke’s work from the time became known under the name ‘capitalistic realism’. It makes satirical statements about consumer society, the post-war political scene in Germany and classical artistic conventions. After 1970, he travelled extensively as a photographer. From 1977 to 1991 he was professor at the University of Fine Arts in Hamburg.

The art of Sigmar Polke was inventive and highly diverse in terms of both themes and imagery as well as the application of techniques and materials. He enhanced centuriesold European painting techniques by combining them with photographs and photochemical materials and applying the latest reproduction processes available at the time. That allowed him to produce unexpected forms, which he then combined with figurative images. Polke regularly used references to works of the past by such artists as Dürer and Goya, or he referred to old fables and fairy tales, as he did in his five-part Laterna Magica.

His work displays a critical interest in many aspects of reality, both contemporary and historical, mythical and rational. Even so, it often highlights the magical and unpredictable. Even the carrier of the image can play a role in his works, when the ‘canvas’ is, as it were, a transparent skin painted on both sides but leaving the canvas stretcher visible. Works by Polke held in the Netherlands include Werkgruppe I-III (1982) in Museum Boijmans Van Beuningen and Radioaktiver Abfall (1992) at the Stedelijk Museum. 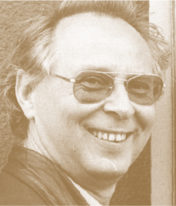