In 1966 René Huyghe shared the Erasmus Prize for art history with Herbert Read.

René Huyghe (1906-1977) studied philosophy and aesthetics at the Sorbonne and the École du Louvre, later becoming head curator of the Musée du Louvre. In 1951 he became a professor in the psychology of the visual arts at the Collège de France, and was nominated to the Académie Française in 1960.

As a philosopher and art historian, Huyghe has promoted an understanding of artworks by the application of psychological methods. Making use of modern science, he endeavoured to penetrate the psychology of the artist through the ages. By doing so, he was able to deepen the love of many people for works of art and their reception to the message of the artist. He was known for his prolific writings and eloquent style, which allowed him to convey his ideas to many of his contemporaries. He was also a pioneer in producing films on the subject of art.

In this way, René Huyghe contributed to a deeper understanding of art in Europe and elsewhere and of past and present times. Besides his publications on Cézanne, Millet, Watteau, Van Gogh, Rousseau, Delacroix and Gauguin, his most important works are L’Histoire de l’art contemporain (1935), Dialogue avec le visible (1955) and Psychologie de l’art (a series of lectures 1951-1976).

René Huyghe put half his prize at the disposal of the Eranos Foundation at Ascona. At that time, this foundation organized an annual conference for about ten scholars in the fields of psychology, ethnology, religious history or art history. 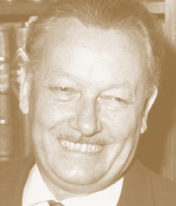