Theme: The design of public space in the city

Joan Busquets (1946) is a Catalan architect and urbanist. Since the 1970s he has been based in Barcelona with his office BAU-Barcelona. His projects include new urban centres, reconstructions of old or derelict city centres and the development of infrastructure. A central question in his work is how the design of public space in the city can promote coexistence among people. He received the Erasmus Prize for his major contribution to this theme.

Busquets served as head of the urban design department in Barcelona in the 1980s and played a key role in the preparations for the Olympic Games in 1992. His field of operation extends far beyond the borders of Spain. As an urbanist, designer and architect, Busquets has been involved in strategic urban planning in Europe, the United States, the Arab world and China. Examples can be found in Lisbon, Marseille, Singapore, São Paolo and several cities in the Netherlands. As a teacher Busquets passes his vision and knowledge on to younger generations. He was Professor of Urban Design at the Polytechnic University of Barcelona and at the Graduate School of Design at Harvard.

Joan Busquets takes the view that sustainable cities in the future should be equipped with user-friendly structures and public spaces. He bases his plans on thorough historical and social analysis of all aspects of the project and the context, constantly ensuring there is consensus among all stakeholders. 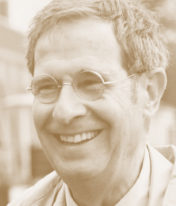