The 500th birthday of Erasmus was celebrated in Rotterdam in 1969. The presentation of the Erasmus Prize to Gabriel Marcel and Carl Friedrich von Weizsäcker in the St Lawrence church marked a high point of the commemorative celebrations.

‘If goodness and wisdom go hand in hand with a life of study and reflection, the combination can be called Gabriel Marcel.’ With these words, the Patron of the Foundation characterized the French philosopher Marcel (1889-1973) in his laudation. Human contact and charity, which prepare the way to God, are central to Marcel’s philosophy. Marcel was a Roman Catholic philosopher who is often called the founder of Christian existentialism, but he himself described his way of thinking as ‘neo-Socratism’, or rather, concrete philosophy. This philosophy considers the meaning and the background of human existence, starting from tangible life. The relation to one’s God and one’s neighbour were essential for Marcel. Another important theme was the struggle to protect individual subjectivity against its destruction by the materialistic and technological society.

For more than fifty years, Gabriel Marcel made an extremely personal contribution to European philosophy and left an indelible imprint on European cultural life. With his analyses of hope and loyalty, he attempted to give a diagnosis and a therapy for the spiritual pain of his time.

Gabriel Marcel offered his Erasmus Prize to the Fondation pour une entraide intellectuelle européenne in Paris. This foundation extended support to Eastern European writers, artists and intellectuals by giving grants, organizing conferences, and arranging contacts with publishers in the West. In 1991 it became part of George Soros’ Open Society Foundations. 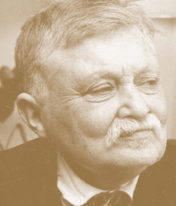