In 1988 the Erasmus Prize was awarded for the second time to the art of filmmaking, this time specifically to the film culture personified by Jacques Ledoux. The award ceremony was not a festive occasion however, since the laureate had died some months earlier. His widow accepted the prize.

Jacques Ledoux (1921-1988) had been curator of the Cinémathèque, the Royal Film Archive of Belgium, in Brussels since 1948. Thanks to Ledoux’s undying enthusiasm and perseverance, this became one of the main institutes of Europe’s cultural heritage. Many famous film directors have visited the archive for study purposes. In 1962 he founded the Musée du Cinéma in Brussels, and for years he was Secretary-General of the International Federation of Film Archives.

Besides the management of archives, Jacques Ledoux was quick to recognize the fragility of old material. He developed methods, techniques and special depot facilities for preserving films. As initiator and organiser of EXPRMNTL, an international festival for experimental film, the prize known as Âge d’Or, and Cinédécouvertes, he gave pioneering filmmakers a chance to display their work. The system of distribution Ledoux established, known as ‘the decentralization of classical and contemporary films’, has meant that films from the archive are shown throughout all of Belgium. 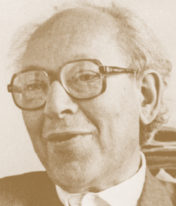