Ian Buruma is a typical example of the ‘new cosmopolitan’, the theme of the fiftieth anniversary of the Erasmus Prize Foundation in 2008: somebody who reflects on social developments in the whole world with knowledge and commitment, and also with professional distance.

Ian Buruma was born in 1951, the son of a Dutch father and a British mother. He studied Chinese literature in Leiden and then Japanese film in Tokyo, where he worked as a documentary filmmaker and photographer. From 1983 to 1986 he was cultural editor of the Far Eastern Economic Review in Hong Kong. Later he was also foreign editor for The Spectator. He was chairman of the Humanities Center of the Central European University (Budapest) and is currently board member of the Einstein Forum (Potsdam) and of Human Rights in China (New York). Since 2003 Buruma has been Henry R. Luce Professor of Democracy, Human Rights and Journalism at Bard College in New York.

Buruma’s journalistic and scholarly work in the 1980s dealt with Japan and the Far East. He has not abandoned this subject, but in recent years has broadened his orientation to include human rights and humanist principles in general. He regularly writes on a wide range of subjects for The New Yorker, NRC Handelsblad and The New York Review of Books, of which he has been chief editor in 2017 and 2018. He is also affiliated with various academic bodies and organizations in the field of human rights. Buruma is a contemplative writer. In his most recent books he explores the relation between religion and politics (Taming the Gods, 2010) and the consequences of war (Year Zero. A History of 1945, 2013, and Their Promised Land. My Grandparents in Love and War, 2016). 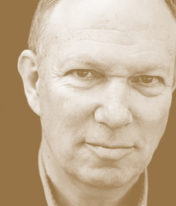