In A.S. Byatt, the 2016 prizewinner, the Foundation had found a ‘born storyteller with a keen eye for relations in public and private life’.

Dame Antonia Byatt (1936) has written dozens of (historical) novels, biographies, short stories and critical essays. The laureate has contributed in various ways to the genre and annual theme of ‘life writing’. She established her name with the novel Possession, in which she describes how the lives of two young scholars intersect with those of (fictional) nineteenth-century poets whom they are researching. In her book The Biographer’s Tale she reflects on the pleasures and pitfalls of writing biography. In her work Byatt unites great intellectual force with unbridled imaginative power.

Byatt cherishes a love of visual art. The way in which artists experience life through their works is a major theme in her work. The process of creation itself fascinates her enormously. Byatt draws on a variety of genres, literary forms and subjects. She immerses the reader in the history of European thinking, taking the big questions of science, history and identity as her starting point. Her stories feature not only artists and scholars but also fairy tales and myths.

Among her best-known works are Sugar and other Stories (1987), Possession (1990) and The Children’s Book (2009). Peacock and Vine, which appeared in 2016, examines the work and life of the visual artists William Morris in London and Mariano Fortuny in Venice. 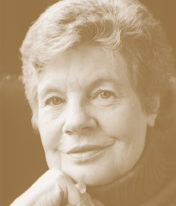