The Erasmus Prize for 1968 went to Henry Moore. As the first British sculptor of international eminence, he made an important contribution to the revival of European sculpture. The award ceremony was held at the opening of an exhibition at the Kröller-Müller Museum in the Netherlands, on the occasion of the artist’s 70th birthday.

Henry Spencer Moore (1898-1986) studied at the Royal College of Art in London and subsequently taught there until 1939. During his travels in Europe in those years, he visited prehistoric caves, which fascinated him intensely. He greatly admired the work of Giotto and the early Renaissance painter Masaccio. His work is also much influenced by the sculpture of Egypt, Greece and Africa and, above all, by pre-Columbian art. At an early age, he was also drawn to the work of Picasso and the sculptor Brâncusi.

Moore concerned himself with fundamental sculptural problems, such as concave and convex forms, space and mass, and the relation between these elements, both in sculpture and in architecture. He applied the characteristic British feeling for landscape and his respect for the nature of materials to a transformation of the human figure, which he himself called a humanistic, organic element of fundamental importance. Moore succeeded in fusing tradition and original creation into a unity, which produced archetypes for twentieth-century sculpture.

Henry Moore allocated the Erasmus Prize to the SPACE project, an initiative of the Arts Services Grants that provided accommodation for artists by converting empty buildings like schools, factories and warehouses into art studios. The organization also gave information to groups of artists who wanted to set up studios in similar ways. 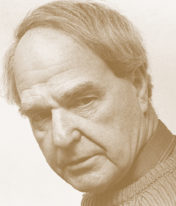