Your majesties, your royal highness, your excellencies, my dear friends, my beloved family, ladies and gentleman:

Sixty-one years ago, when I was an eight-year-old boy, I had a small revelation. It happened on the number 18 bus, in Jerusalem, while I was on my way to school early one morning. The radio was on, and they were broadcasting an interview with the pianist Arthur Rubinstein. The interviewer asked: “Mr. Rubinstein, on the occasion of your 75th birthday, could you sum up your life in one sentence?” Without hesitation, Rubinstein replied, “Art has made me a happy man. Thanks to art, I have known happiness.”

I remember being amazed and even a little embarrassed: in the 1950s, with the heavy shadow of the past still hovering above us, the word ‘happy’ was not something you were supposed to say in public. I don’t think I knew a single person – among my parents’ circles of friends – who would have dared to claim, out loud, that he or she was happy. The passengers on the bus that day, weary people who lived in my working class neighborhood, certainly did not share the Americans’ right to “the pursuit of happiness,” which I would read about years later in the U.S. Declaration of Independence.

That incredible word, happiness (in Hebrew: osher) rolled down the bus like a gold coin, and I – with a child’s eyes – looked at the imaginary coin and I knew: I want this thing Mr. Rubinstein speaks of. I want that special happiness. I want to be an artist.

More than six decades have gone by since that day, and art—writing—has brought me great happiness, much like the happiness I feel here today, with you. The happiness of being acknowledged, and even more so—of being understood. Even when writing caused me pain and suffering, it was a pain that had meaning, a suffering that comes with touching the authentic, primary materials of life. Literature—writing—taught me the pleasure of doing something delicate and precise in a coarse and murky world.

I am an absolutely secular man. I cannot believe in a God who would help me face the chaos of existence. And yet, writing has shown me the way – I’ll call it the secular way – to have a horrifying sense of nothingness, of diving into loss and the total negation of life, while simultaneously experiencing a keen sense of vitality, of the fullness and positivity of life. Even after the tragedy that struck my family when we lost our son, Uri, in the war, I learned that what allows me to withstand this duality of absence and presence – which to me is the essence of human existence – is to be immersed in the act of creation, of art.

Ladies and gentlemen, dear friends: the theme of the Erasmus Prize this year is “Mending a Torn World.” This term originates in an ancient Jewish notion conceived over 2,000 years ago. I do not know whether Erasmus of Rotterdam knew of it, but there is no doubt that the concept guided his way of life and mode of thinking.“Mending the World” (in Hebrew: tikkun olam) describes a fundamental component of Jewish identity: an aspiration and obligation to improve our world; a sense of moral responsibility toward all people, whether Jewish or not; and a concern for social justice and even the environment.

If only I could say that the results of the recent Israeli election express these sort of humanistic, egalitarian, moral stances. They do not. Nevertheless, I remind myself again and again that there are still many people in Israel for whom despair is not an option. For whom apathy or escapism are luxuries they cannot afford and do not want. We are still here. Our parties might have lost, but our values and beliefs were not defeated, and they are more crucial than ever before.

Life in the Middle East has taught me to make do with little when it comes to my own wishes, too. Perhaps you are familiar with the anecdote about the American citizen who, during the Vietnam War, used to stand outside the White House for hours every Friday, holding a sign protesting the war. One day a journalist went up to him and asked, with a sardonic smile, “Do you really think you’re going to change the world if you keep standing here?” “Change the world?” the man replied with surprise, “I have no intention of changing the world. I’m just making sure the world doesn’t change me.”

As someone who has spent his entire life in a disaster zone – again, the Middle East – I know how easy it is to give in to “the world,” meaning, to cynicism, apathy, despair. And from there it is a short path to religious fanaticism, nationalism, fascism.

When I search for a mind that is truly free, a person who might serve as a role model for my struggle against despair, I think of the courageous, soul-baring Jewish Dutchwoman who lived here in Amsterdam during the Second World War  and the Holocaust: Etty Hillesum willingly entered the Westerbork concentration camp, and was eventually murdered at Auschwitz.

Hillesum, as you know, managed to remain a free woman even under the harshest enslavement, and her entire being was a movement of the soul against the gravitational force of despair. This is what she wrote in her diary:

“At night, as I lay in the camp on my plank bed, surrounded by women and girls gently snoring, dreaming aloud, quietly sobbing and tossing and turning, women and girls who often told me during the day, ‘We don’t want to think, we don’t want to feel, otherwise we are sure to go out of our minds,’ I was sometimes filled with an infinite tenderness … and I prayed, ‘Let me be the thinking heart of these barracks.’ … The thinking heart of a whole concentration camp.’”

All of us, each of you sitting here in this auditorium, are living under far better conditions than those in which Etty Hillesum wrote those lines. Yet still, we all know that at any moment we may find that our freedom is taken away and we are surrounded by arbitrariness and tyranny, by the ills of racism, nationalism, fanaticism, by barbaric and thuggish behavior, like the conduct of Russia toward Ukraine—a belligerence that is currently endangering the world’s security.

If such a moment arrives, if – under circumstance we may have trouble imagining now – the world ever turns upside down on us, as it has for millions of Ukrainians not too far from here, will we remember, will we persist in this private, heroic rebellion—to not stop being the feeling heart, the open, bared heart? And to not stop thinking? 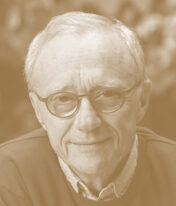