Within the context of the cultural traditions of Europe in general and the ideas of Erasmus in particular, the aim of the Foundation is to enhance the position of the humanities, the social sciences and the arts, and to promote appreciation of these fields in society. The emphasis is on tolerance, cultural pluralism, and un-dogmatic, critical thinking. The Foundation endeavours to achieve this aim through the award of prizes and by other means; a money prize is awarded to a person or institution under the name of Erasmus Prize.

In accordance with this article, the Board of the Foundation has decided to award the Erasmus Prize for the year 2005 to Simon Schaffer and Steven Shapin.
The prize is awarded to professor Schaffer and professor Shapin on the following grounds: 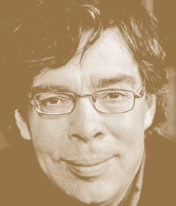