Your Majesty, Your Royal Highnesses, Your Excellency, Ladies and Gentlemen,
It is an honour and a pleasure for me to address you from this chair, as I am speaking on behalf of the Patron of our Foundation, His Royal Highness Prince Bernhard. We are very glad, Your Royal Highness, that you are prepared to award the Prize today, as you have done of old.

Food is a cultural phenomenon of growing importance. You can see it spreading over academic, political and cultural domains:
The Research Centre for the History of Food and Drink at the University of Adelaide, South Australia, offers on-line university study programmes leading to an MA degree in Food. The Council of Europe in Strasbourg is embarking on a publication presenting the food cultures of the 48 states party to the European Cultural Convention. The French Government is setting up an Institute for Higher Studies at Reims, where students will be trained in the arts of the table or French culinary history. Last week an international symposium on Food and Emotion in South Asian Literature was held at the University of London.

These are just a few examples that testify to the boost of interest in the history and culture of our food in recent years.

Food – ladies and gentlemen – food, food-ways, and our eating cultures, are the central themes of this year’s Erasmus Prize.

‘We meet the world on our plates. Every ingredient of our past and our present can be read in our recipes: our identity, our relationships with other species, our status in society, even the place of our society in the world. Food is a cultural indicator’ (*).

Not only is food itself a cultural indicator, human eating behaviour at the dining table has also been considered as indicative of a certain stage of civilization. I refer to the famous work of Norbert Elias on the process of civilization, which cites a wealth of literature on eating behaviour. Curiously, it is our name-giver Erasmus, who is a valuable source for eating habits in the early sixteenth century. Although Erasmus had a refined taste for food and drink, and spoke highly of a good meal among friends, food itself was never the subject of his treatises. What we do find, however, are educative instructions for the upbringing of youths in his De civilitate morum puerilium, including instructions on table manners.

Diet and eating habits are inseparable from the rest of culture: in particular, they interact with religion, morals and medicine. People have always sought to give meaning to eating. Eating habits also connect with spiritual perceptions in eating programmes ‘to feed the soul’ and with such secular ideals as health, beauty and fitness. Even health-foodies – or other contemporary faddists, who eat for beauty or brainpower or sex-drive or tranquillity or spirituality – are part of the phenomenon, of the urge to ascribe meaning to eating, in this case by targeting food for transcendent effect (*).

To emphasize that we are what we eat is a cliche. But the question of what kind of food exactly influenced which part of our body remains an interesting one, especially if focused on that part of our constitution which in an evolutionary sense distinguishes us so strikingly from the apes, namely the relatively large brain. Presently, scientists are addressing the question of what role food and eating behaviour played in the evolution of the brain in early humans. An international symposium we are organising this week is focusing on this topic.

‘Food – at least as much as language and religion, perhaps more so – is cultural litmus. It identifies and, therefore, necessarily, differentiates. Fellow-members of cultural communities recognize each other by what they eat'(*). Immigrant communities stick to their eating cultures and set up their own markets and shops to buy their preferred traditional food, a situation described so well by for instance Claudia Roden in her introduction to the Jewish cuisine. ‘Although food fads are commonplace and advertisers can whip up a craze, food culture more usually is conservative. The obstacles to cross-cultural eating start a long way back in history, and are rooted deep in individual psychology. Personal taste is hard to modify’ (*). Still, there is another side of this coin. For whereas on the one hand food culture is conservative and not so easily communicable between cultures, it is on the other hand very international. We not only eat high cuisines which call themselves ‘fusion’ and ‘international’, we also feed in a globalized world where dishes and ingredients are swapped with enthusiasm from one side of the world to the other (*). ‘McDonaldization’ is mirrored by world conquests which start in Italy , with pizza and pasta, in Mexico, with tacos, China, with wontons and spring rolls, and in India, with curries and poppadoms. As a matter of fact, ‘there is no more intriguing problem in the history of food than that of how cultural barriers to the transmission of foods and foodways have been traversed or broken'(*). This is, by the way, an issue that will be addressed during a workshop we are organizing this afternoon.

To say that food and eating habits are converging world wide, and that consumption patterns are showing ever more similarities everywhere, is stating the obvious. Coca-cola has long been drunk everywhere in countries whose cultures are as diverse as can be. American fast food chains, led by McDonald’s, have achieved an almost similar ubiquity. Some distinctive differences have even been stood on their heads: the Germans, who once consumed extraordinary quantities of meat, are now more likely to be vegetarians than the French. The same is true of the English. But even these reversals are rooted in each nation’s history, and in Europe as well as elsewhere traditional differences with respect to eating behaviour have proved extremely persistent (**).

‘When it comes to cooking and serving techniques and table manners, the story is the same. Traditional dining patterns are not dead and buried. Also the social function of dining is still important. Eating rituals vary widely. No matter how simple, however – a snack shared between friends, say – there is a little more ceremony, a little more conversation, a little more social exchange than one finds around a bag of popcorn in the stands of an American stadium or on the living room couch in front of television. If consumption patterns are becoming increasingly similar, substantial differences remain. The trend toward more homogeneous behaviour tends to make people react by developing a strong attachment to their own identity. Wherever an attempt has been made to normalize and universalize identities, the reaction has been strong. We see this in political events and also in connection with food. National cuisines are being rediscovered and local traditions revived. Regional cuisines are today a part of the national cultural heritage, and people are probably much more aware of them now than in the past. The food industry, responsible for the globalization of eating habits, paradoxically has been quick to seize on this trend and by packaging what used to be considered fit only for the poor as the very latest in elegant dining. In fact, insisting on regional differences and the preservation of cultural identity is not backward or reactionary. We can only enjoy such a pluriformity in food traditions and indulge in them. Let us not forget, however, that food traditions are not fixed once and for all. They are created, shaped, and defined over time as cultures interact, clash, and influence or absorb one another. Every culture is ‘contaminated’ by other cultures: Every ‘tradition’ is a child of history, and history is never static. There are no purely regional cuisines, which are unaffected by products from outside the region. Today, food and people travel more rapidly than ever before'(**). It is doing this not fast and efficiently enough to prevent hunger and starvation in parts of the world. All the more, this poses a challenge to our generation to manage the relationship between past and present, tradition and change, between the local and the global.

When we quote observations of this kind, made by distinguished professors of cultural history, and when we wish to highlight the achievements made in this field, we are fully aware, mr Davidson, that in the new appreciation of the study of food and food-ways, we are in many ways indebted to your efforts. Your books on sea-food are not the usual kitchen manuals with recipes and colour-plates. They are nowadays considered as classics of modern culinary literature, and are including catalogues of fish and shellfish, recipes drawn from your own experience and from literature, and a mass of information, presented with a sound knowledge of the different cultural contexts and a keen sense of British humour. No wonder that at present these books are being reprinted and have been translated in various languages. Your work, which was started as a fish catalogue with local names for fish in Northern Africa and which culminated in the weighty Oxford Companion to Food, has formed a major stimulant for all those who cherish a little extra interest in food, more than the average individual who only has a taste for gastronomy.

At a time, when mostly trivial and glossy nonsense was published in the field of gastronomy, the journal Petits Propos Culinaires, started by you and your wife Jane in 1979, was an innovation and an exemplary outlet for the kind of learned and agreeable writings on food and eating traditions as have become your hallmark.

Thanks to your enthusiasm, Prospect Books was founded, initially located in a broom cupboard under the staircase in your house. If you had been less naive with regard to the funds needed to keep this enterprise going, we probably wouldn’t have had it. Luckily this dream has materialised in what now is a list of over 60 book titles, including facsimile reprints of early cookery books, bibliographies, studies of lesser known cuisines and the Proceedings of the Oxford Symposia on Food.

The Oxford Symposia on Food, which were co-organized by you, have been an inspiring source for scholars, publicists and food-enthusiasts from all over the world. While discussing a broad range of issues regarding food, including its history and far-reaching social implications, these meetings, which started off as informal gatherings, helped to build up an interdisciplinary community of researchers in food. By your personal approach to the study of food, at the same time serious and playful, you have been a source of inspiration for all those who regard food as their chosen perspective to the study of culture. Your wife has shared your interest to a great extent and has closely collaborated with you in this area. I therefore wish to extend my congratulations also to you, mrs Jane Davidson.

It is only fitting to end with a quote by Dan Hofstadter on the pages of the New Yorker in 1987, characterizing with a sense of awe and amazement such food specialists as yourself and those others writing in Petits Propos Culinaires as: ‘Clearly these people were not cranks but benign fanatics, and engaging ones at that.’ This engagement, dear mr Davidson, has earned you the Erasmus Prize and I congratulate you with it most warmly.

May I now ask the Patron, His Royal Highness Prince Bernhard, and mr Alan Davidson to come forward for the presentation of the Prize. 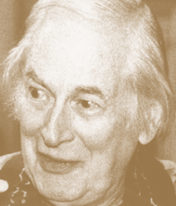