Michèle Lamont (1957) is Professor of Sociology and of African and African American Studies and the Robert I. Goldman Professor of European Studies at Harvard University. She was born in Toronto and grew up in Québec, and later studied in Ottawa and Paris. After working at the universities of Stanford and Princeton, Lamont moved to Harvard University since 2003. She is the author of dozens of books and articles on a range of subjects, such as social inequality and exclusion, racism and ethnicity, as well as on institutions, academia and education. In her latest book, Getting Respect (2016), she examines the profound influence of discrimination on the everyday lives of stigmatized groups. In her previous book, How Professors Think (2009), she reveals how the academic world determines what is valuable knowledge and what isn’t. As an internationally influential sociologist, Michèle Lamont has played a key role in connecting European and American lines of research within the social sciences. In 2002 she co-founded the Successful Societies Program at the Canadian Institute for Advanced Research. In 2016 she received an Honorary Doctorate from the University of Amsterdam. 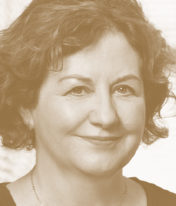